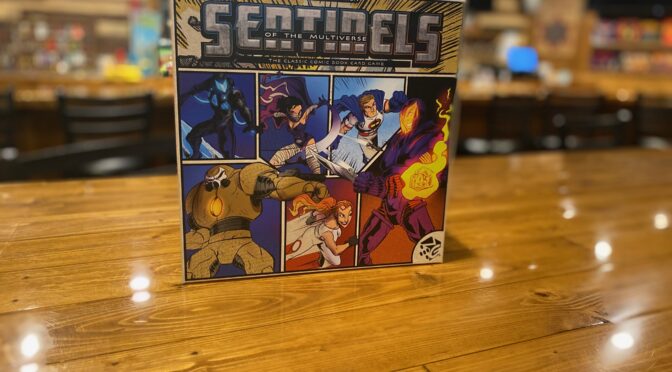 Sentinels of the Multiverse is a cooperative, fixed-deck card game with a comic book flavor. Each player plays as one of ten heroes, against one of four villains, and the battle takes place in one of four different dynamic environments.

Thanks to Greater Than Games who donated this game to our library.

We were able to get a 3 player game to the table tonight.

This game is quick to learn. Players play the role of heroes battling a villain who gets a turn at the start of each round. Then each hero takes a turn where they can play a card and perform one of their powers. At the conclusion of the hero turn, they draw a card. The round ends when the environment also takes a turn. The ultimate goal is to reduce the hit points of the villain to zero.